Employees of Watts Mortgage & Wealth Management braved the wind and rain over the weekend to complete the Tatton 10k and raise money for a local charity.

The team of seven – headed up by Managing Director Andrew Watts, set off on Sunday morning alongside 500 runners as part of the Tatton 10k series.

Speaking after the run, Andrew Watts said “For most of the team, running a 10k race was a great personal challenge. Some had trained using the Couch to 5k app while others are more seasoned runners.

Competing in this 10k race was also a great opportunity for us to raise the profile of St Luke’s Hospice whom we have supported for many years while raising a few pounds along the way.”

For the last 30 years, St. Luke’s Hospice have provided palliative care to local people, supporting them in ways which go beyond the scope and funding of the NHS. They support local people with a huge range of support from end of life care on their ward to carers, and from helping children cope with grief to helping patients return to work after an illness. 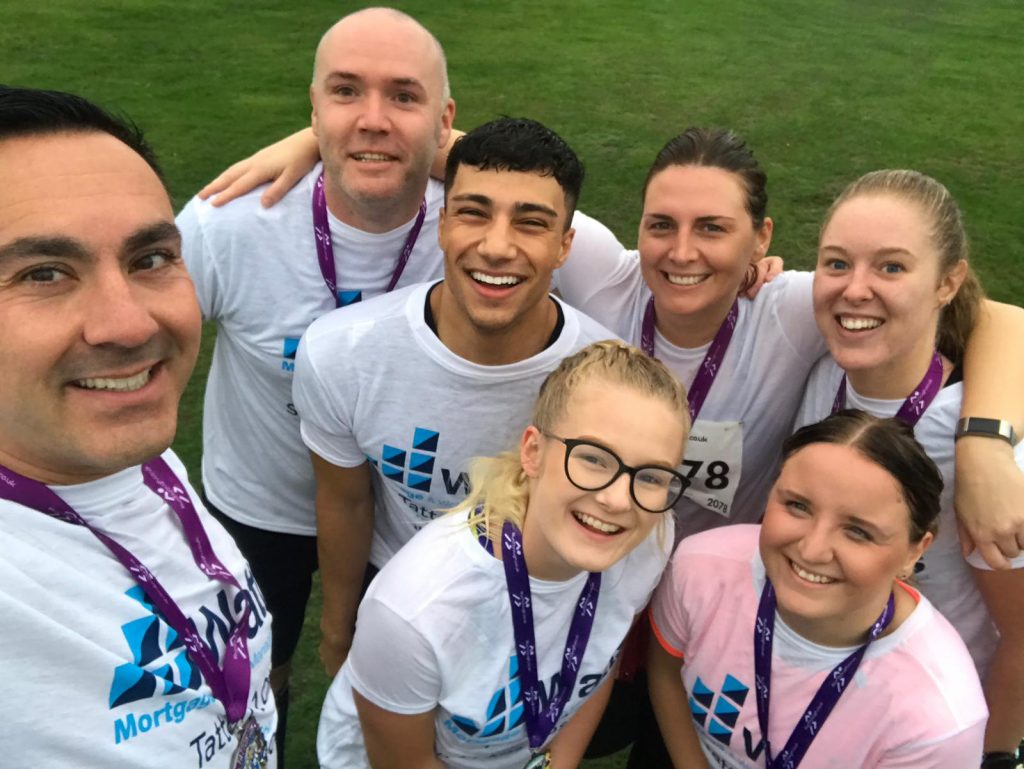 Calculators to help you plan your mortgage payments and stamp duty rates.

Read what some of our existing clients have to say about our services.

Send us an email with your contact details and we’ll arrange for one of our advisers to call you back.

We are entered on the Financial Services Register No 624815 at www.fsa.gov.uk/register/home.do

More information is available on mortgages from the Money Advice Service. www.moneyadviceservice.org.uk

Where you have a complaint or dispute with us and we are unable to resolve it to your satisfaction then we are obliged to offer you access to the Financial Ombudsman Service. Please see the following link for further details www.financial-ombudsman.org.uk

Your property may be repossessed if you do not keep up repayments on a mortgage or any other debt secured on it.

You may have to pay an early repayment charge to your existing lender if you remortgage.

For details of our fees for mortgage business please click here.